You are a creative, a photographer, a writer, a producer of content. My thought is this:

Last night I photographed a local event where a lot of really cool things happened. Women gathered and over the course of three days, learned to play instruments, write a song, rehearse, and put on a live concert.

I met and photographed a lot of great people, unique characters, tender moments, and really, high points in people’s lives.

Let’s use that scenario as a setup to my thought.

As I was editing the photographs, I found myself saving several photographs of certain moments (even though there was always a clear “best” shot). I also found myself saving mediocre photos because they might have been the only one I had of a certain person I met. I was saving those mediocre photos not to ever show anyone, but in case I might someday cross paths with these people again.

My thought is this – when editing photographs I should be thinking, Is this photograph worthy of having my name under it?

In other words, and less narcissistic, I should only be showing work that is excellent.

But the thought, Is this photograph good enough that I will put my name under it, seems like it could be a clarifying rule for editing.

Most photographers mentally attach their name to every photo they take. My thought with this entry is that I will reserve that designation until the editing phase, at which point many and most of the photographs I take will never receive my name on them. They will be destroyed in an effort to keep my body of work as strong as my abilities will allow.

In continuing to edit my archive of decades of photographs,

Enough about me and my work. Use this for yourself.

Vans doesn’t release every new shoe design they come up with on a daily basis. To myself in year’s past: Why do you post every photo, every attempt at greatness, that you make?

It’s now part of my editing process – the question: Is this photograph good enough to have my name under it?

If my wife’s job went like mine today, she would have spent most of her day teaching to an empty classroom. Teaching – like still giving the lessons that she’d prepared – to empty seats. She would have been talking all day, with no audience. 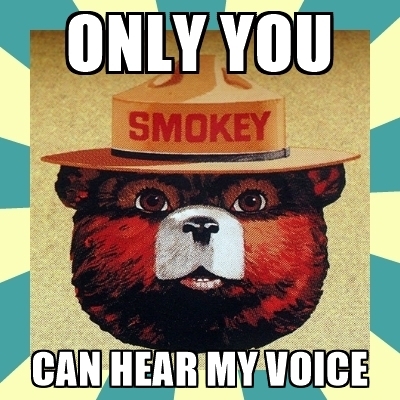 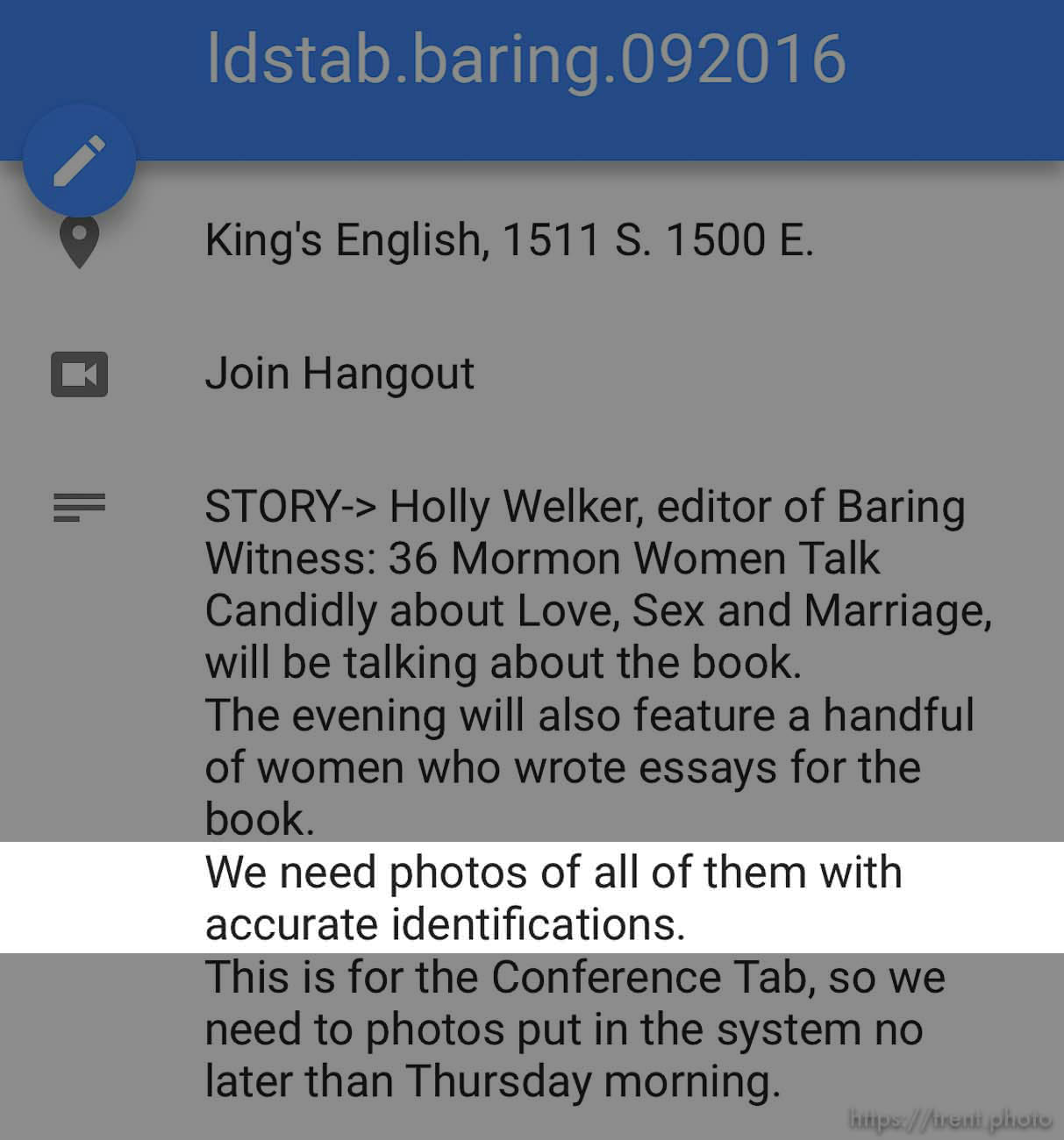 Where to even begin?

I’m at work right now as a photojournalist for the biggest newspaper in the state, at the height of my abilities and with the best technology and equipment, and my biggest concern is where to be prop up my iPad so I can watch a movie in my car.

I heard a quote today on the LPV Show podcast that was right on target for my current situation:

“Survival isn’t just having money. Survival is psychological and feeling like what you’re doing is valued.”

That quote is by either Susan Meiselas or Kristen Lubben.

Further, “You’re in a place and you’re motivated and you can reach out.”

I remember seeing people who were burned out and not comprehending how they got to such a place. I still don’t, really.

I’m not burned out on the job, or the work, or the process. It’s two things killing me off.

1. A complete lack of feedback. From the main client, from the audience, from friends, from family.

2. I forgot what number 2 is, because just typing number 1 takes so much energy.

Maybe number 2 was some kind of reference to the current state of hate and distrust and loathing directed toward journalists and photographers from the public.

I photographed a rally against police brutality this week and the largest cheering and applause came after an activist (with a gun strapped to her hip (and this was a left-wing rally)) said, “Don’t put me on your cameras, all you media who spend so much air time de-humanizing us!”

That got the loudest response, never mind the fact that a protest rally is an event specifically constructed for cameras. Without the recording of such an event, it might as well have never taken place. Because even if you activists of any stripe think that you’re your own media, you are only reaching people who believe the same thing as you – people who’ve subscribed/followed your feeds or joined your cause. My photos hit a diverse (though shrinking) audience.

As I finished the last entry two days ago, I grabbed my iPad and got into the shower. Started the hot water and a film, Marshland. Started shaving.

Then a text appeared on the screen – “Call me it’s urgent.”

Another text appeared from a second person – “They want you and I to go to Hurricane now! Please call X or me!”

We were soon on the road down to photograph a food bank outside of Short Creek.

Since we didn’t know how sensitive the situation would be for photographs I went in with just the Sony RX-100. It turned out to be a great decision, from an artistic standpoint as well as its ability as a small camera to not raise concerns from anyone.

Beyond that it was invigorating to photograph with a small, silent camera with a viewfinder showing the scene in black and white. I find myself working the light and the moments. The black and white images were beautiful, and it was a shame to create color versions for the main client.

I need to remember this moment, as photographing with this one small camera for that hour or so was such a good experience. When the next version comes out, I’ll have to upgrade.

As for the people, who are more important than the camera, they were all great. I saw a lot of people I had met before and made some new friends as well. There were some hesitations and some people who did not want to be photographed. For what I thought was the best shot, I got permission to use the shot but not to use names.

It was a nice situation – the best for me, really – where I am invited and accepted into a situation and I can just work quietly, unnoticed, finding angles and moments.

We drove home that night, arriving late being the penalty but having our own beds the advantage.

One thing about this trip. When the federal raids resulting in the arrest of Lyle Jeffs and nearly a dozen others happened the other day, there was a need to decide how to react. I was in the middle of covering the basketball tournament, but on the phone I could hear a lot of doubt that there would be anything worth getting if we went.

That skepticism could be applied to every single assignment. We never know what we’re going to get. That’s why you go.

They decided not to send me, and you know, I can see the reasoning. It’s possible that law enforcement had already left Short Creek by the time they were even talking about me going down, and I wouldn’t arrive for five hours or so later. So part of my reaction is this impotence to do anything – we missed a big story here, at least the photo side of it.

They said part of the decision was that the top leaders would be in court in SLC the next day. But it’s federal court, so no cameras inside. And then another photographer was assigned to the courtroom, leaving me to hang out at home.

At a certain point, just wanting things to be done the right way is not enough. You have to take action.

I had nothing Wednesday, the court stuff was over, so I went over to the basketball tournament to back up another photographer. Shot three games, got some fun photos. I’m really stretching in how I shoot basketball, resulting in some cool moments.

One of my philosophies has been to shoot very tight, often too tight. This results in a high failure rate, with a large number of frames being completely useless. But once in a while everything clicks into place and I have an image that no one else has.

The other philosophy is big data. I shoot thousands of frames. I’ve written before about people who insist that shooting less frames is somehow a purer form of the art. But in an action situation, the human mind is not fast enough to react to chaotically changing situations. Like when I’m playing with my dog, the dog gets his mouth to target moments before I can react to change its position or pull away. Sports photography is the same.

So I expose thousands of frames at every game, most of them completely useless and thrown away. But I’m increasing the odds of capturing the unusual moments that everyone else misses by simply capturing every moment.

I’m also keep the lens on players longer after the plays, catching more reaction and emotion.

I’ve been using absurdly long lenses for basketball, like 400mm and 600mm. Normally you’d use a 300mm lens. But since the far end of the court results in so few usable images, it is ripe for taking more chances with an ultra-tight lens.

On the close end, I stick to the 70-200, which is the one essential sports lens. I try to shoot tighter than others would and, while the competition locks in with mostly vertical photos, I shoot almost everything horizontal. This gets me a different look and often results in a better composition that the horizontal would have. I crop as needed, many times to a square or vertical.

And some games I shoot both ends with the 70-200, which allows me to have the camera on the game at every moment, instead of missing things while switching between two bodies.

I’m about to photograph Utah vs. Arizona basketball, and plan on two cameras – 70-200 and 400mm lenses, with a bias to using one camera (the 70-200) to ensure I don’t miss any action in transition. The 400mm will give me the reach I need for tight faces, coaches, etc. Space at the Huntsman Center is tight, so I’m planning on arriving two hours early and, since Arizona is ranked higher, securing a spot photographing Arizona for the first half and Utah in the second. A lot of the job is spent waiting. After going through this stack of magazines in a medical clinic while waiting for a subject to show up, I started talking to the receptionist about magazine theft (who knows how we got there). She said magazines like Good Housekeeping and Sunset are always being stolen, rather than men’s magazines.

She said women were thieves.

My only question is this: Who is the Sexiest Man Dead?

Creative input is everywhere. Today I heard the actor Wendell Pierce talk about his work on the television show The Wire, and acting in general. Listen to this:
“We should never be afraid to be private in public because that’s what art is all about, especially acting.”
His point is that great art is created through behaving in public the way you would in private. Think about that. To me it’s about honesty and being true to your identity, and not being afraid of who you really are. That will lead to creating art that reflects your identity.
When I think of my favorite artists, photographers, artists, musicians, etc., they are all true to their craft.
Am I? Are you?
I can tell you that yesterday I took photos that fell short of what I am capable of. But I can also tell you that today is a new day.
Are you afraid to act private in public? It’s a good question for us all.